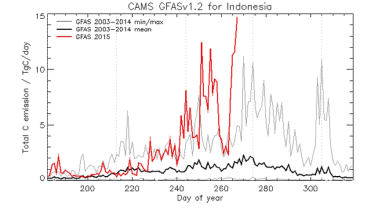 Last week, the UK-TPWG heard from Dr Mark Parrington at the European Centre for Medium Range Forecasts. The Copernicus Atmospheric Monitoring System (CAMS) has been used to track the fires in Southeast Asia, producing some excellent maps showing the spread of aerosols across the region, and allowing us to monitor events as they happen.

CAMS produces maps of aerosols across the world, and the latest forecasts are provided on their website every day. The fire emissions are from MODIS observations of fire radiative power which are then used in the Global Fire Assimilation System (GFAS) to produce daily emissions data. So a week on from the last update, we can now say that the fires this year are officially record breaking. In the last few days, emissions have approached 15 TgC/day, the highest ever recorded since these observations began in 2000. As Dr Tom Smith (KCL) has commented on twitter, this is the equivalent of New York City’s emissions for an entire year. 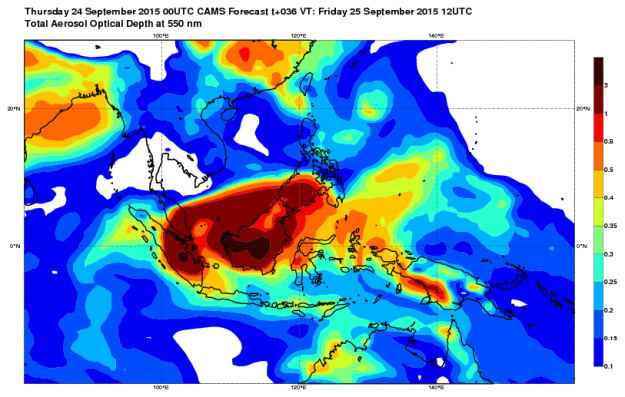